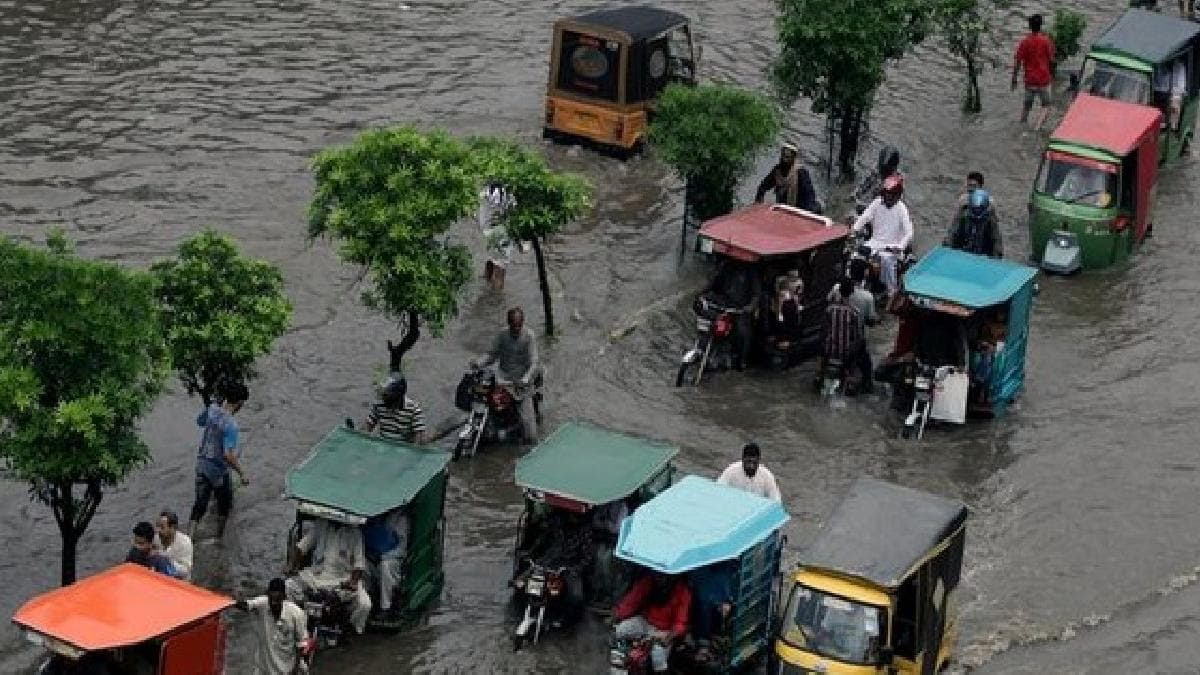 On the one hand, there is an atmosphere in Pakistan against Balochistan, Sindhudesh, Ahmadiyya, Hindu, minorities.On the other hand, this rain wreaked havoc in Balochistan and Sindhudesh.
The administration of Pakistan was only seen sitting on its hands in these circumstances.The citizens of Sindhudesh Balochistan did not tell on social media - "Flood relief The government has not made any significant contribution in the flood relief work.
The Chief Minister of Balochistan has proved unsuccessful in protecting its citizens.
A Balochistan citizen claims that at least 1500 women, children and men have been washed away in the floods.
Pakistan, which makes big claims, remains silent on this tragedy of Balochistan. On the other hand,
What does the government of Pakistan say?
नवजीवन से साभार
According to the National Disaster Management Authority, 937 people have died and 33 million have been displaced since mid-June due to the record rains. The government has officially declared a flood
The world famous Coke studio has also been hit by the floods. Balochistan singer Bugti has become homeless.
a citizen of Sindhudesh told that- "We are the participant of 70% of the economy of Pakistan. Despite this, Punjab province is being provided maximum facilities.
Baloch citizens are now openly saying that- "Pakistan's administration, Army ISI, all are working on the behest of China...!"
They believe that China is eyeing the mineral wealth through Gwadar.
Children are picked up from families simply on suspicion of being involved in the Balochistan liberation movement. Human rights violations in Pakistan for Balochistan Sindh Ahmadiyya and Pashto castes and minorities It is hardly happening anywhere in the present century.
In the space held on Twitter, a citizen became very emotional and even prayed to the Government of India and especially the Prime Minister of India for a repeat of 1971.
You question arises that what is Pakistan, which supports the Muslim Brotherhood, ie Ummah, dealing with Muslims in its own country.
It appears that the incident of 1971 in Pakistan may be a repeat.