The Brahmin Emperor Pushyamitra Shunga was a superhero and not a villain. 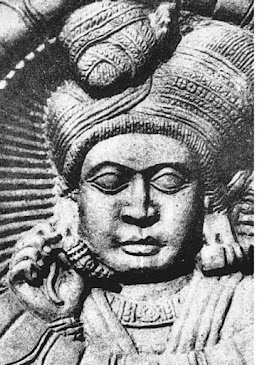 185 BC, due to the administrative and weak system of the Maurya dynasty ruler Brihadutta, due to the excessive attachment to the Buddhist retirement path and the desire not to stop the conspiracy of the Greek king Demotrius, the general, Pushyamitra Shunga, killed Brahadatta in public and not by deceit. Facts Dr HC Raychaudhuri has written a clear account of the Shunga dynasty. Rahul Sankrityayan imagined that Pushyamitra Shunga might have been equated with Rama.

Due to this, a scholar, Vaman Meshram, president of BAMCEF, immediately in his expression called Pushyamitra Shunga as the king of Ayodhya. And they presented it in the public in a wrong way. This fact is clear in the video uploaded on YouTube on 5th March 2019 without study Vaman Meshram ji is presenting wrong facts.

It is very important to reconsider whatever has been shown in history against Pushyamitra Shunga, otherwise the neo-Buddhists and so-called Dalit thinkers will be paramount in disintegrating the Indian social structure at the present time.

At present you will find some such videos of Vaman Meshram in which he is heard saying that Pushyamitra Shunga was a cruel ruler who ended the low caste Maurya dynasty to establish Brahmin rule and Pushyamitra Shunga shifted his capital from Pataliputra to Ayodhya. and compared him with Maryada Purushottam Ram. This is completely fictional and a hypothesis of the author Rahul Sankrityayan from the Volga to the Ganges which he described in this way in the Prabha Kathayan of his work. (See Prabha Story 11 Time Period 50 AD Paperback Edition From the Volga to the Ganges, page number 161 paragraph two)

“There is no doubt that in Ashvaghosha he relished the melodious poetry of Valmiki. It is no wonder that if Valmiki had been a dependent poet of the Sunga dynasty, such as Kalidasa of Chandragupta Vikramaditya and to increase the glory of the capital of the Sunga dynasty, he changed the capital of Dasaratha from Varanasi to Saket or Ayodhya and the emperor Pushyamitra or Agnimitra as Rama. Praised - in the same way as Kalidasa in Raghuvansh named Raghu and Kumarasambhava's father, son Chandragupta Vikramaditya and Kumaragupta.

A responsible writer who has wandered from street to street and has collected information that what this pen is writing is beyond comprehension. Although this is just a speculation, but one thing becomes clear from this statement that - "India's litterateur Rahul Sankrityayan has neither been honest with Indian history nor has been honest with literature and he has issued such a statement. You can confirm this on the video uploaded on YouTube on March 5, 2019, which started being misused by a study-less clumsy person like Vaman Meshram.

How can it be so that every ancient writing is true? Vaman Meshram has made a flawed statement with the aim of polarizing castes without any confirmation. It is not that this statement has been given only once. to get into.

Brihadatta was such an indolent ruler who has failed to protect the borders. General Pushyamitra Shunga had then received an information that - "Yavan soldiers are residing in Buddhist monasteries in the form of bhikkhus. And their aim is to establish Greek rule in India only and only. When Pushyamitra in this context from King When he discussed, the king's statement was that - "We will see when the time comes..!"

Nevertheless, Pushyamitra started the investigation of Buddhist monasteries. They found about 300 Yavana soldiers with weapons present in the monasteries. The Buddhist monk admitted that when he had assured him to become a Buddhist. Enraged by this, Pushyamitra Shunga beheaded the entire 300 young soldiers and arrested the Buddha sadhus. Even on this matter, King Brihadatta, also known as Vrahadratha, got angry and asked Pushyamitra to leave the palace. Pushyamitra had to bear this humiliation to protect the nation.

One day there was a meeting between the commander Pushyamitra and the king somewhere outside the Raj Bhavan and there was a scuffle in this meeting. Historians say that Pushyamitra ripped the king in front of everyone with a sword. Declaring himself as the heir of the state, Pushyamitra proclaimed his right to power. Historians say that the Greek warrior Dometrien wanted to attack India with his large army. Pushyamitra Shunga attacked Domitrian and his army which was now more enthusiastically prepared on the banks of the river Indus and drove them back.

Then Pushyamitra established his capital at Vidisha in present-day Madhya Pradesh, which is known as a similar period Bhelsa city.

Pushyamitra Shunga organized two Ashwamedha Yagyas, which were performed by Panini's disciple Maharishi Patanjali. And during the yajna, the Indo-Greek king Milander or Milander, who ruled the Punjab in a war, also ended.

In order to preserve the existence of Indian culture and Sanatan Dharma, Pushyamitra did the same period.

The Brahmin Emperor Pushyamitra Shunga was a superhero and not a villain.